Posted by fatimaronquillo on October 18, 2012 in paintings 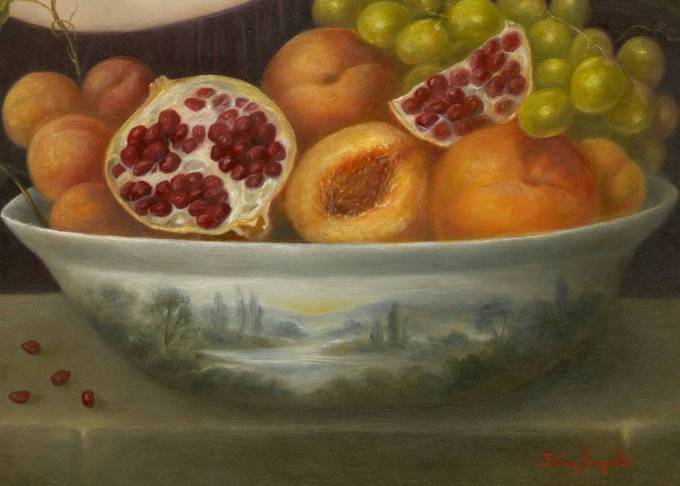 In Greek mythology, Hades, lord of the underworld, fell in love with Persephone, goddess of springtime, while she was picking flowers in a field. The Fates have decreed that anyone consuming the fruits of the underworld must spend eternity there. Persephone was persuaded into eating some pomegranate seeds (four or six?) and thus was forced to spend part of each year in the underworld.

Categories
Instagram
Detail of “Hand with William Shakespeare’s Sonnet 87” 5x7 inches, oil on panel ©️2019 Fatima Ronquillo. Private Collection @meyer_gallery #fatimaronquillo “Farewell! thou art too dear for my possessing, And like enough thou knowst thy estimate. The Charter of thy worth gives thee releasing; My bonds in thee are all determinate. For how do I hold thee but by thy granting,” - from Sonnet 87 by William Shakespeare